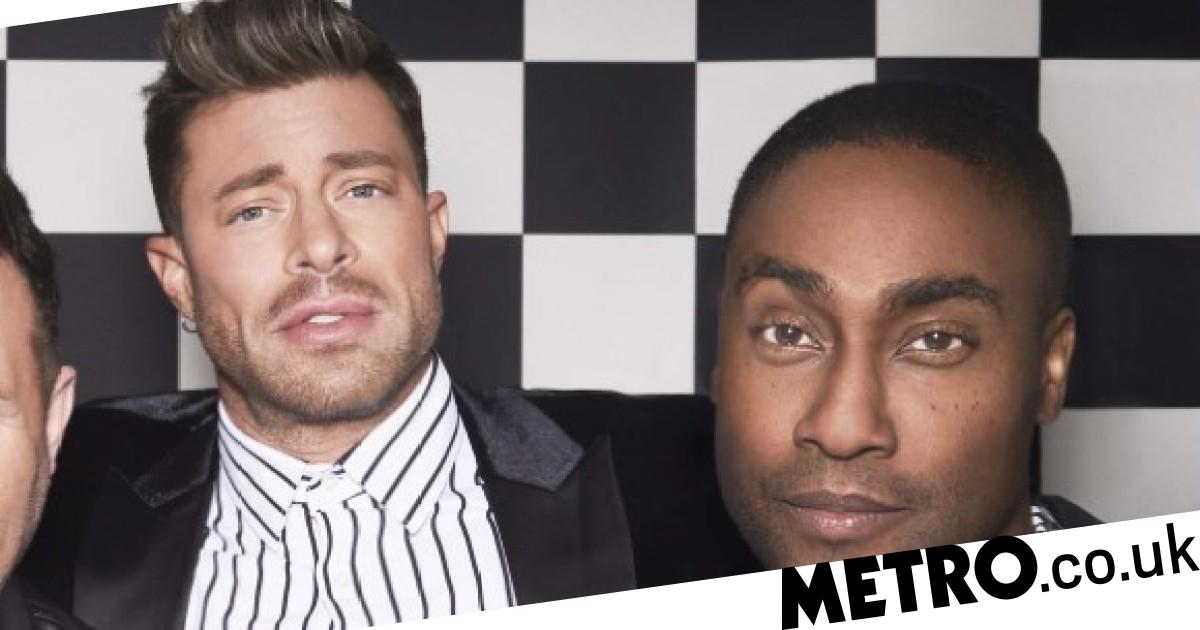 Blue singer Simon Webbe has seen first-hand the battle for acceptance within the LGBTQ+ community, with his daughter and bandmate Duncan James both openly gay.

The All Rise hitmakers are back on the scene with their first new album in seven years, Heart & Soul, set for release in September, brand new single Haven’t Found You Yet, and a UK tour to follow in November.

It will also mark the delayed 20th anniversary celebrations of their debut, which fell in 2021 but, y’know, Covid happened.

Blue have certainly seen and done it all over two decades, with all the pop success they could want, raucous parties, dream collaborations and even a Eurovision stint. However, they’ve also had their challenges which, for Duncan, was the attention surrounding his sexuality.

The 44-year-old announced he was bisexual in 2009 before later coming out as gay.

Recalling that time in his life, Duncan told Metro.co.uk: ‘There was a time in 2006 when we disbanded, I was really frightened about coming out because of my sexuality and the thought of doing anything with Blue scared me.

‘I wanted to be in the background and didn’t want that level of attention… it was so intense.

‘At that point Lee wanted to do his solo album and I was happy for the band to go their separate ways, and when I look back now, I really regret that because what a shame. I was at the peak of my career and was willing to let that go because I was afraid to come out as gay and didn’t want anyone to know about it. I would have rather sacrificed my career and thing with the boys than allow that story come out.’

‘I look back now and I think, why was I so scared, why would I jeopardise so much?’ he added.

Simon, 43, recalled himself and the rest of Blue – also consisting of Lee Ryan and Antony Costa – having a positive reaction to Duncan coming out.

Turning to his bandmate, Simon said: ‘You was like, “So you boys don’t look at me differently?” and we were like, “Why? Why would we look at you differently?” All the questions were in his head which is obviously understandable.’

Sharing his own personal insight, Simon then revealed: ‘My daughter is gay as well so it’s hard for people to try and be accepted in today’s world. I think nowadays it’s a lot easier, you’ve got a lot more people you can speak to now. You can express yourself on social media and it’s not such a big deal now.’

Simon is father to eldest daughter Alanah, 25, from his former relationship with Nicola Jones, while he shares one-year-old daughter Cyan with wife Ayshen.

Duncan went on to praise his bandmate and longtime friend for being supportive when he was the first member of Blue he came out to.

‘I remember I rang Simon when he was in Los Angeles, and I was trembling, I was so scared to tell him but I was going out of my mind and I needed to talk to somebody,’ Duncan recalled.

‘He was just so cool with me and showed me so much love, he was like, what are you even worrying about? I will never forget that.’

The former Hollyoaks actor added: ‘All the boys are so supportive of each other and everything we’ve gone through. We’ve all had demons we’ve had to deal with and we’re always there for each other. Sometimes it’s a hard conversation to have ringing up and going, “are you alright, is everything good with you?” but that’s just a testament to us.

‘We do genuinely love and care about each other.’

Simon revealed their experiences have shaped the new music on their upcoming album, from the ‘trials and tribulations’ to the strong friendships they’ve built with each other over the years.

Blue’s new album, Heart & Soul, is set for release on September 9, while their UK tour kicks off on December 4 in Cardiff.

Blue’s Simon Webbe proud to be LGBT ally with gay daughter and bandmate Duncan James: ‘It’s hard for people to try and be accepted’ Next post Vagina Obscura and Bitch — the female of the species