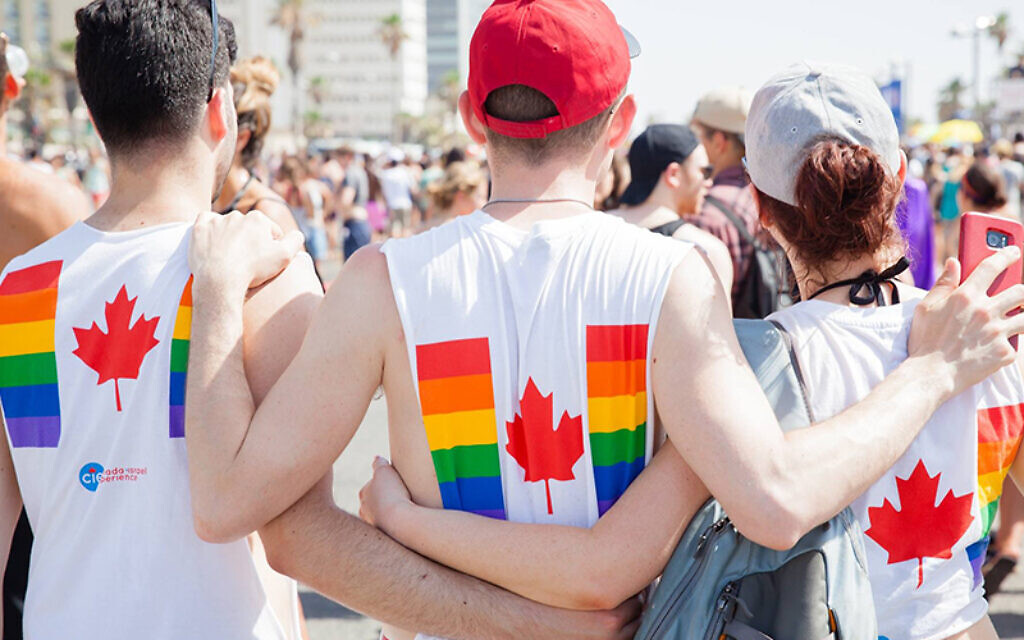 Birthright has taken more than 750,000 young Jews on educational trips to Israel. According to Layla Feder, LGBTQ Birthright trips are a “double mitzvah.” At the end of 2019, Feder staffed an LGBTQ Birthright trip with organizer Israel Outdoors, said the 30-year old designer of home products.

“Queerness is family, so in an environment like [an LGBTQ Birthright] you might be making shidukhim (matches),” Feder told The Times of Israel.

“Any Birthright trip is already about understanding who we are and looking inside ourselves,” said Feder. “The LGBTQ trip I staffed was very, very intense for the participants.”

One of the trip participants on Feder’s bus was transgender, she said, and Birthright was the first time the participant was called his preferred pronouns by a group of people.

“I can’t understand how amazing that felt,” said Feder. “To be around people who can love and accept him for who he is and in a Jewish environment.”

“Birthright Israel has always tried to be aligned with our audience and their needs,” said Noa Bauer, Birthright’s VP of marketing. “It was never about making Jewish babies.”

Embedded on each trip are several Israeli participants who form the so-called “Mifgash” (encounter) component. More than 115,000 Israelis have participated in “Mifgashim,” including on LGBTQ trips.

According to Bauer, Birthright is similar to other organizations that “need to respect diversity,” she told The Times of Israel.

“Working on your Jewish identity and your gay identity, sometimes the two mix,” said Bauer, who oversaw the implementation of LGBTQ Birthright trips in 2013.

According to Bauer, Birthright runs “cohort” trips based on market demand. Many of the LGBTQ trips are called “Pride” Birthrights because they coincide with Tel Aviv’s annual gay celebration.

“We want everyone to feel comfortable and have their own track,” said Bauer, adding there are trips — for example — designed for participants with disabilities; trips for college sports teams, and trips for students of the culinary arts. 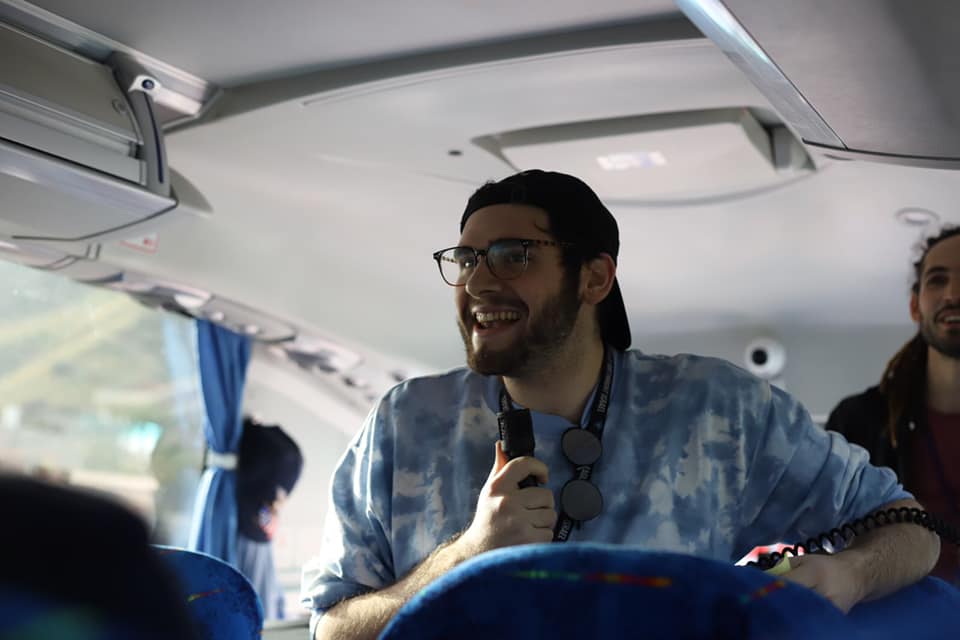 As a recruiter for Birthright Israel based at New York University, 26-year David Ratz has staffed five trips. One of those trips, in December 2019, was an LGBTQ trip, Ratz told The Times of Israel.

“My main motivation is I want to help people like me find community,” said Ratz. “After 10 days on Birthright, people have found a community that lasts for many years,” said Ratz, who is now the “IACT” Birthright coordinator at NYU.

When Tatiana Lundstrom decided to go on Birthright Israel, she initially considered participating in a “Pride” trip.

“But when I told my father about that particular trip, he said there was more to me than being gay,” said Lundstrom. “He said the outdoor adventure trip sounded more like me,” according to the 28-year old civil engineer.

Lundstrom wound up joining an outdoors-themed Birthright trip in 2017. In addition to standard Birthright visits to the Western Wall and Masada, her tour — organized by Yael Adventures — offered rafting, camping, and more hikes. 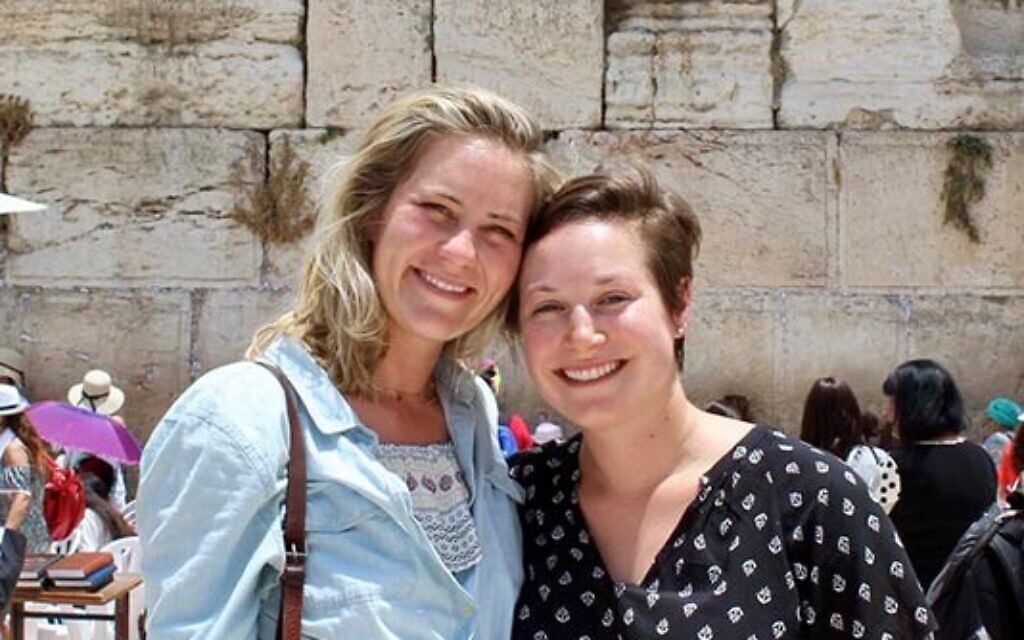 “My dad likes to tell people that I went on Birthright and met a nice Jewish girl,” Lundstrom told The Times of Israel.

“Even though I did not go on a ‘gay’ Birthright, seeing that those trips were an option made me feel comfortable with the organization in general,” said Lundstrom. “I saw they were openly supportive of queerness and acknowledged LGBTQ+ Jews as minority within a minority,” she said.

At least six or seven participants on Lundstrom’s Birthright identified themselves as queer, she said.

“As people realized a lot of other participants were queer, there were never any issues,” said Lundstrom. “It was a very accepting and multi-cultural experience,” she said. 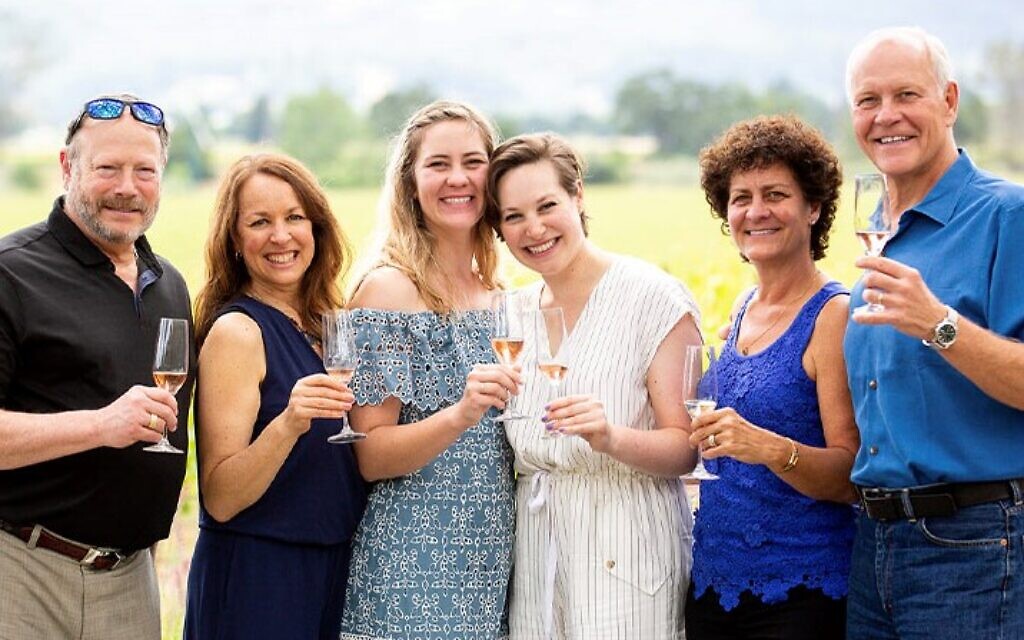 Tatiana and Haley Lundstrom celebrate their wedding with their parents (courtesy)

As a Jew who is often told she “does not look Jewish,” the Swedish-Jewish Lundstrom appreciated learning from Jews of color on her trip. She was no longer alone in “not looking Jewish,” said Lundstrom, adding that “everyone on the trip was embraced and welcomed to share their stories and experiences.”

Lundstrom’s partner Haley, who took her last name, said she saw Birthright as an opportunity to “connect to my Judaism,” and not necessarily a path to love.

A trained nurse, Haley was drawn to Birthright because she wanted to find Jewish community, she said.

“At the time I don’t think I appreciated building a queer community as much as I wanted to build a Jewish community,” Haley told The Times of Israel. “[But] there is understanding between queer Jewish people that is deeper than words can facilitate,” she said.

“When I met Tatiana, there was a synergism between us that was palpable,” said Haley. “I think our identities as queer Jews provide us with a lens that helps us approach the world with compassion, inclusion, and not taking our privileges for granted.”

(Times of Israel correspondent Matt Lebovic staffed 14 Birthright Israel trips between 2006-2014. At the end of 1999, he participated in the first round of Birthright trips through Hillel International and Boston University Hillel.) 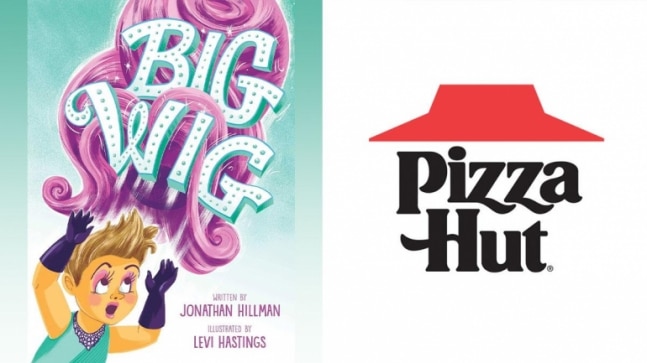 Previous post Pizza Hut’s LGBT-themed book promotion sparks Twitter debate on ‘going woke’, boycott calls
Next post world environment day: Green dating? Here is how you can go green for your next date with these tips