The intrepid, ingenious inventor Tom Swift — whose eponymous book series debuted more than a century ago — has been reimagined as a Black gay billionaire in a new sci-fi mystery drama that expands the “Nancy Drew” universe on The CW.

Co-created by “Nancy Drew” showrunners Noga Landau and Melinda Hsu Taylor and “Empire” writer Cameron Johnson, “Tom Swift,” which premieres Tuesday, follows the devilishly charming inventor (played by Tian Richards) who is described as a young man “with unlimited resources and unimaginable wealth” who many men would kill to be — or be with. But after his father, Barton (Christopher B. Duncan), mysteriously disappears on a landmark trip to Saturn, Tom begins a quest to unravel the truth at all costs and finds himself fighting to outsmart an Illuminati-scale cabal hellbent on stopping him.

From the outset, Landau was adamant about creating a subversive take on the original “Tom Swift” novels, which chronicled the adventures of a white, blonde, blue-eyed inventor and had a history of depicting Black communities in a bad light.

“When you Google the covers of old ‘Tom Swift’ books, whoever pops up on screen, just imagine the exact opposite of that man — and that’s our Tom Swift,” Landau told NBC News. “I think the inspiration for it came from the fact that I’ve just never seen a Black gay billionaire onscreen before, and I really wanted to see one.”

The reimagined “Tom Swift” takes place a couple of years after Tom first appeared on a “Nancy Drew” episode last May, and came out publicly to his father after posting a picture of him kissing another man. The first episode of the new series also introduces Tom’s mother, Lorraine (April Parker Jones), who urges him to take his place in elite Black society following his father’s disappearance; Tom’s lifelong best friend, Zenzi (Ashleigh Murray), who both grounds and challenges the prodigal innovator; and Tom’s A.I. assistant, Barclay (voiced by LeVar Burton), whose insights and tough love have been a constant throughout his life.

As an executive producer who is both Black and openly gay, Johnson said he wanted to create a show that not only felt authentic to his own experiences but also felt universal.

“The way I like to think of it is, I love ‘Clueless.’ I am not Jewish nor blonde nor did I grow up in Los Angeles, but I understood that world after watching that movie, and I felt like I was a part of it,” Johnson said. “And in the same way, [with] ‘Tom Swift,’ you may not be gay nor Black nor a billionaire … but you might recognize the family dynamics and the pressure that we experience from our parents and the bonds that we build with people who we trust — just against the backdrop of a really authentically Black world.”

To bring that vision to life, the creators knew they needed a charismatic actor for the lead role. They settled on Richards, who displayed the perfect combination of “wit, heart, humor and charm” in his audition, Johnson said. “Tom’s on a journey of maturation, and he can be kind of mean and he can say things that are super harsh. But for some reason, when Tian says them, they sound like the best compliment you’ve ever received.”

Richards, who is also openly queer, brought “a kind of sunniness,” to the character, Hsu Taylor said. “You can’t help but love him when you’re around him in person, but I think it comes through on screen.”

The responsibility of playing one of network television’s first Black gay lead characters isn’t lost on Richards, whose acting credits include the films “Burden,” “Dumplin’” and “A Bad Moms Christmas.” “I never envisioned someone like me inhabiting that space, but to now see me be that reflection is the greatest thing that I could have ever imagined,” he said.

Once he landed the role in January 2021, Richards immersed himself in books about aerospace and artificial intelligence and visited MIT and space museums in Houston and Washington, D.C., to better understand the technology and science fiction aspects of the show. After “Tom Swift” was officially picked up for a full season last August, Richards flew to Florida to watch the launch of Inspiration4 at Cape Canaveral.

“For Tom to be somebody who’s out, gay, Black, rich and has a darker skin tone — all the things that we never get to see look like this — that is so important for people to see,” especially in STEM, he said.

Johnson said it was important for the creative team to not tell a typical coming-out story. Instead, “we wanted to tell something that felt pretty Black,” he said. “And the version of that is, everybody knows you’re gay, you’ve said you’re gay, but they just ignore you and continue to try to push you in a different direction. So after Tom was able to throw off the shackles of that, he’s been able to come into his own quite a bit.”

Tom’s confidence in his sexuality is further illustrated in an unapologetic sex scene in the pilot, which was just one of the many ways that the creators wanted to reintroduce the character to audiences. “What I particularly love about The CW is that, in the writing of it, they never asked us to dial it back or make it less gay,” Johnson said. “They were like, ‘No, no, no, go for it. Tom should definitely do that.’ I would hate to have people watch this show and feel like we were only giving them a portion of what it’s like to be a queer person, and we’re not doing that.”

In doing so, the writers have set up a “multiseason epic” love story between Tom and another Black man, Landau said. “That is going to be really exciting and beautiful and fresh, because I don’t know that we get to see a love story like this with a Black gay man at the center of it as the object of desire that much, especially one set in a world of sci-fi.”

Johnson added: “What I think is super powerful about that love story is that everyone involved in it is another beautiful Black person. I think that there are a lot of shows that place Black people as romantic interests in an attempt to sort of make their white characters more interesting, and the decision we made was: ‘How can we have y’all arguing over Twitter over which one of the many handsome, thoughtful, sexy suitors will win Tom’s heart?’”

Richards said it’s critical to tell stories that celebrate Black joy and freedom. “We have so many beautiful moments of us being free and rich and opulent and boundless in our creativity and expression … and we’re getting to see a part of Black society that isn’t often talked about — the 1 percent,” he said.

“I think we’ve seen little versions of them before, but oftentimes, our success is tied to, if you’re rich, did you win the lottery? Did you play basketball? Did you rap? It’s like, no, we do tech and we have so many people that are involved in it,” he continued. “That’s the space that we need to see ourselves more in, and I’m glad that we’re getting a chance to do that with our show.”

“Tom Swift” premieres Tuesday at 9 p.m. on The CW.

Previous post How I Learned To Put Myself First 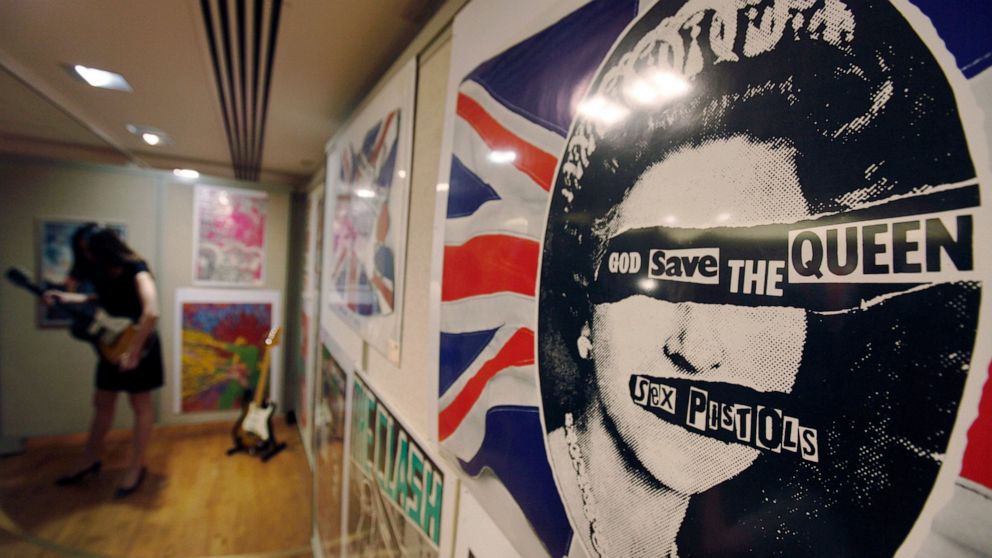