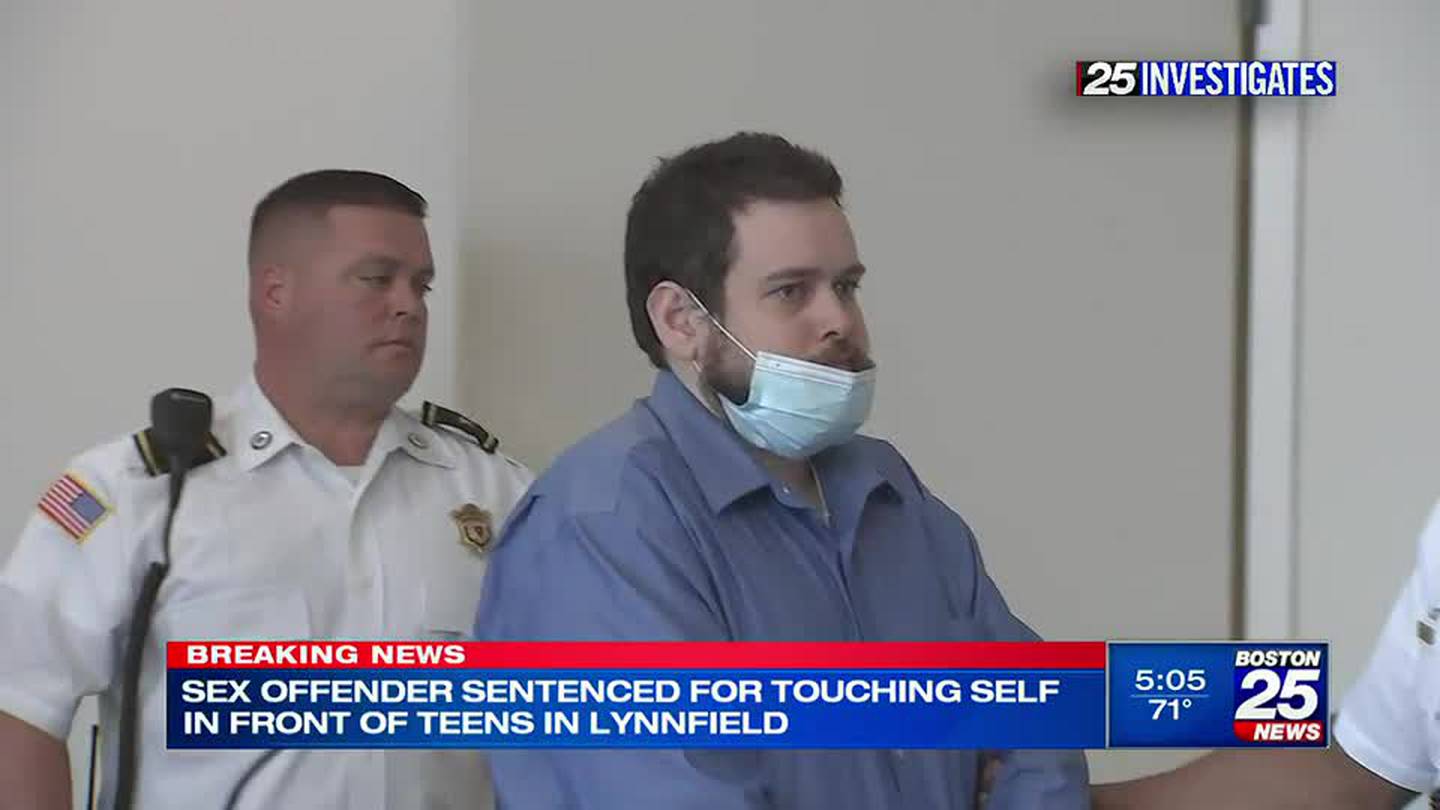 25 Investigates: Sex offender with long history of exposing himself to young women headed to prison

Investigative reporter Ted Daniel has reported extensively on Jacquard, who has a history of sexual offenses dating back to 2013.

Judge Kazanjian cited his long criminal records and all the previous times Jacquard was given a break, only to later reoffend.

His sentencing comes one month after a jury found him guilty of touching himself in front of teen girls at a Lynnfield Market Street shopping area.

The woman who reported the crime to police took cell phone video of Jacquard before he drove away.

At Monday’s hearing, the Essex County prosecutor, who joined the hearing by phone, asked the judge to give society a reprieve from Tyler Jacquard.

Jacquard told the judge he was ashamed by this actions and the challenges he already faces as a registered level 3 sex offender.

“I want to show all the love and work my mother and family gave to me was not all for nothing,” Jacquard told the judge. “I beg the court for mercy. I’m aware how serious this problem, condition is and how it affects the community and people around me.”

Jacquard’s mother addressed the court in a statement about her son.

“What he did was wrong, and being his mother, walking alongside for 36 years – the Tyler the court doesn’t know is a person just like all of you,” she said.

25 Investigates first reported on Jacquard in 2019 when he was arrested for breaking into a female student’s dorm room at Endicott College in Beverly. The charges were dropped due to “lack of evidence.”

In 2016, he was accused of indecent behavior at Boston University. A BU student told police she saw Jacquard touching himself in his car outside her apartment. He pleaded guilty in that case and received probation.

The following year, Jacquard was arrested on the campus of Wellesley College when two students identified him as the man who had been peeping into dorm rooms. A jury found Jacquard not guilty at trial.

After the sentencing, he acknowledge his mother with a wave and an “I love you, mom,” when he was taken away.

Prior to the sentencing hearing, Jacquard’s lawyer asked the 25 Investigates camera be removed from the courtroom.

She said she worried he would become a target in prison if we showed him. The judge denied that request.

Next post Sex, Drugs – And A Guru Called Bert