Derry Girls has consistently been one of the best surprises on TV. It was a revelation, in the beginning, just how legitimately laugh-out-loud funny it was. Like tears streaming down your face, couldn’t hear the follow-up joke over the sound of your own guffawing funny. It was an amazing shock when Clare came out as a wee lesbian in the first season, in the middle of the ’90s in the middle of such a religious town and school. It was an epiphany how, every season, the show managed to balance howling humor with poignant moments of adolescent learning and loss. And, in season three — which just finished airing in the UK and is expected to land on Netflix in the US later this fall — it was a jolt of joy when Clare got a love interest. The show has always focused more on the Derry Girls’ friendships than on their love lives, but seeing Clare stumble and bumble her way toward her first kiss was, well, perfect.

Clare wasn’t on Derry Girls as much in season three because filming kept getting pushed by Covid, and by the time it was safe for the cast to return to Derry, Nicola Coughlan had a first call with Bridgerton, so that’s where she spent most of her time. The show handled it by having Clare switch schools, which is hilarious in its own way, Clare in a bright pink rainbow sweater flipping out to the gang on her burger phone landline about how confusing girls are. But she’s there as the gang plans to attend a Fatboy Slim Halloween ball. When they show up at the record store to get their tickets, Clare spots another queer and introduces herself in all caps like HI I’M A LESBIAN! The record store girl says, “Congratulations!” and then asks how many of them there are. Clare says, “Just me. Just the one lesbian. The rest of them are straight.” But really the record store girl just wants to know how many tickets they need. The record girl store is named Laurie, and she tells Clare she’ll be dressed as a clown at the concert, to look out for her.

Of course, when they get there, there’s about a million clowns. When Clare finally tracks Laurie down, they kiss right on their wee lesbian lips, and it’s everything Clare could have hoped for when she accidentally came out back in season one. 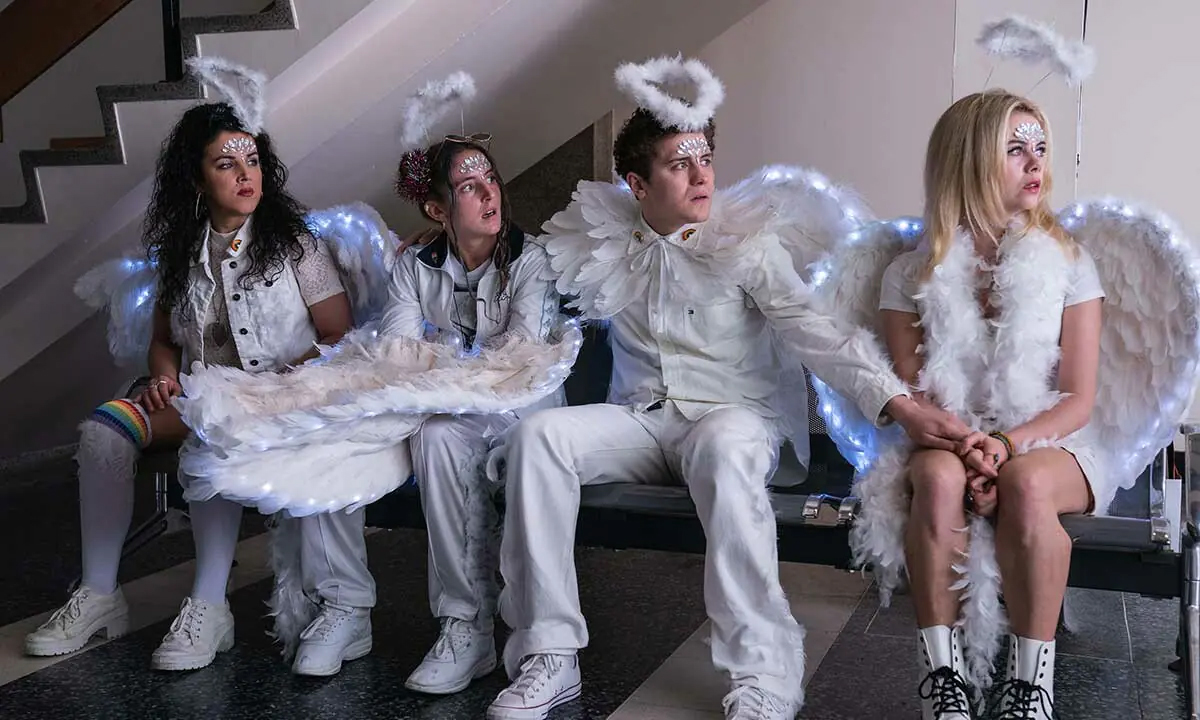 It’s Derry Girls, though, so Clare’s euphoria can’t last forever. What follows her kiss is the news that her dad has had an aneurysm, and all the Girls follow her — dressed as angels — to the hospital to say goodbye to her dad. Derry Girls creator Lisa McGee told Hello!, “The reason why I wanted to do this story is because it happened to my group of friends. My friend’s dad died when we were around that age suddenly and it was a shock. The thing that really struck me was that we did grow up in this place where there was a lot of unpredictable stuff happening — you worried about a lot of violence — and this was a thing that could happen to anybody at any point — a natural cause.”

The Girls engulf Clare with their love in her grief just as much as they do in her joy. Because, while it’s great to see her get an on-screen love interest and for real gay smooch, the heart of this series has always been the main characters’ devotion to each other.

I won’t spoil the final ending of the series for you. It’s worth the wait. And also, it’s not really the end. Not for me anyway. I’ll be watching this show over and over forever. I hope you will too. It’s tough being an individual on your own.

We keep Autostraddle majority free-to-read, but it isn’t free to create! We need YOU to sign up for A+ to help keep this indie queer media site funded. A+ membership starts at just $4/month or $30/year. If you can, will you join? 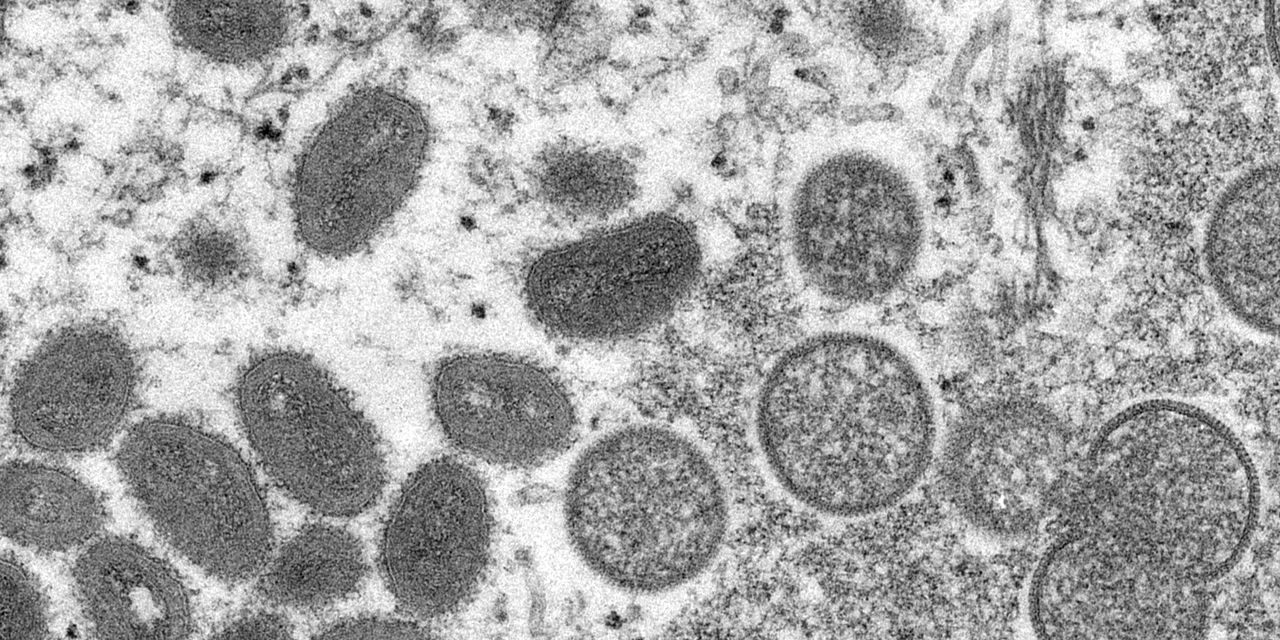 Next post Monkeypox outbreak ‘is not COVID,’ says leading WHO adviser