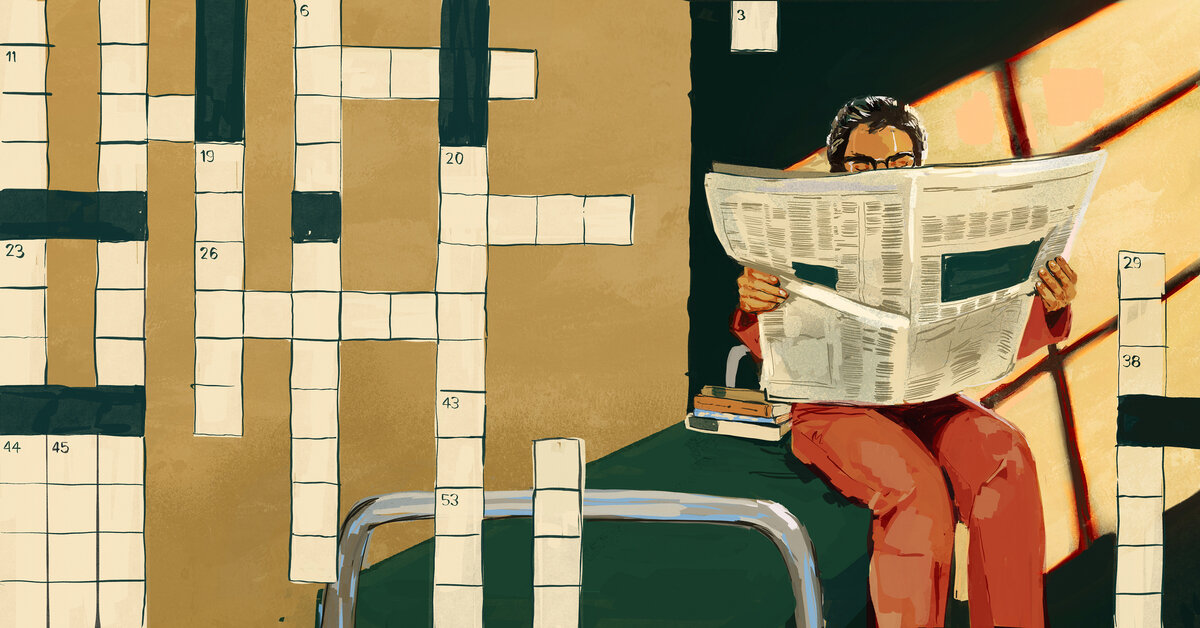 Sophie Letto
Perspectives from those who work and live in the criminal justice system. Sign up to receive “Life Inside” emailed to you every week.

One of the first people I met in jail was a foul-mouthed pagan lesbian named Susan. I liked her from the start. She was in her early 60s when we met, and her graying hair stood out in an upstate New York cellblock filled with 20-somethings like me.

The first time I remember talking to her was probably on my second day there. She was the only one who consistently read the paper — to do the crossword — and watched the local news. So she was the one who spotted my scabby-faced mugshot on TV. When the other women got excited and woke me up, she raised an eyebrow and said: “You’re famous.”

I couldn’t tell if that was friendly or unfriendly, and I was too high to care. But over the next few weeks I got to know her. I asked her about her life as we sat at the metal cellblock tables and did crosswords together, marking the answers in pen on her copy of the Ithaca Journal.

I had a long history of crosswords before jail, but had gotten away from it in all the years of drug use. Sitting down with Susan, I remembered how much I loved those puzzles — it felt like the one place that I, a fuck-up, still knew the answers in black and white.

Over crosswords, Susan told me about growing up as a Navy brat, then going on to attend Smith College and eventually getting into drinking. By the time I met her in the Tompkins County Jail in 2011, she’d racked up a long, long string of DWIs. More than anything else, she said, she wanted help. She seemed so earnest and calm and full of acceptance — all rare traits in the county jail, where so many people are caught up in the emotional riot of early sobriety.

She gave me a poetry anthology, “Staying Alive: Real Poems for Unreal Times,” that I carried with me through my 21-month bid, and still have today. I read those poems again and again, writing in the margins and dog-earing the pages. Some of them I already knew from English classes I’d taken before my arrest, but some I was learning for the first time.

One — Stevie Smith’s “Not Waving but Drowning” — I already had memorized, and I wrote it out by hand and pasted it with toothpaste to the bunk above me.

A few days after I got there, she told me to start journaling about everything I saw in jail: “It could be a book,” she said. “At the least, it’s too weird not to write down.”

I bought yellow legal pads on the commissary and took her advice, filling up page after page with the tedium and terror of jail life.

Because she’d had so many DWIs, Susan absolutely knew she was going to prison, but she wanted to go to rehab first. So she begged the judge to let her go for nine months before prison, even though it wouldn’t take any time off her sentence. The judge agreed.

On the last night before she left, we played goodbye trivia. We had the “A for Assholes” team versus the “B is for Bitches” team. She raffled off commissary items; we played for Kit Kat bars and snack cakes, and laughed hysterically all the while. Even though she wasn’t going home, this seemed like a happy goodbye.

But of course she was back months later. She’d finished rehab and was now headed to prison, just a few weeks before I was headed there myself. I was excited to see her, despite the circumstances. Plus, I knew this was another person I’d see upstate.

When I got there, it turned out that most of the time we weren’t at the same prison — although a few weeks after my arrival, I got assigned to a cell she’d just vacated, accidentally leaving behind a pagan necklace I recognized. Somehow I managed to get it back to her, but after that I didn’t get to see much of her again until I got out in the fall of 2012.

By the time I moved back to Ithaca, she was already there and settled in. She seemed to know everyone in the community, and followed all the latest in criminal justice issues — like the debates over whether to expand the local jail and what alternatives to incarceration the county could offer. After I started covering the county legislature for the local alt-weekly, we ran into each other a few times at meetings, then realized we lived only a few blocks apart and that her house was near my running route.

“What is up with all the jogging around the neighborhood?” she emailed me afterward. “Hope you run by sometime, with your little dog, when I am just lounging about or sweeping the sidewalk, so we can have a brief chat.”

I did, of course. We had coffee in her crowded kitchen, and after that she sent me story ideas on a regular basis, checking in to make sure that I was following the latest body camera policies. At the end of every email, I noticed, her signature line included that Dostoevsky quote that’s so famous in criminal justice circles: “The degree of civilization in a society can be judged by entering its prisons.”

We eventually ended up being on the same nonprofit board of directors together, and one time carpooled to visit our friends who were still in prison. It felt like we’d somehow both come through it all in one piece.

But after I got a job at the New York Daily News and moved away, we didn’t keep in touch as much. She was less responsive to my emails, and it was only later that I found out she’d been struggling with dementia — and drinking.

The last we communicated was when I sent her one of my stories, and she read it and responded, “Nice work Keri, great article.”

Eventually, when I couldn’t get in touch with her during a visit back to town, a mutual friend told me she’d started drinking again. She lived alone and had been found wandering around the street. Things kept going downhill.

My life, meanwhile, did not. After the Daily News, I moved to Texas to write for the Houston Chronicle. I started covering prisons, and wrote stories that sometimes changed the lives of people living in the places Susan and I once lived. Eventually, I started writing essays about my own story and at the end of 2019 I signed a book deal: Those jailhouse journals would finally become the memoir Susan had suggested. And the Stevie Smith poem from that anthology she gave me would become the epigraph.

But I couldn’t call her to celebrate — Susan had died three months earlier. According to her obituary, which I only read weeks after the fact, she’d been struggling “with her old demons” before she was found dead in mid-September.

“Like the Unsinkable Molly Brown, the Outrageous Susan Begg has pulled herself out of the water and charmed her way into the next adventure,” the tribute continued, asking her friends and supporters to donate to a local addiction recovery center in her honor.

When we were in jail, Susan seemed like such an unflappable force of calm, like someone so committed to change. That was what I wanted for myself. I think I got there with the second at least.

Keri Blakinger is a staff writer whose work focuses on prisons and jails. She previously covered criminal justice for the Houston Chronicle, and her work has appeared in the Washington Post Magazine, VICE, the New York Daily News and The New York Times. She is the organization’s first formerly incarcerated reporter. Her memoir, “Corrections in Ink,” came out in June 2022. She hates the cold and is based in Texas.

Previous post Should I tell her that people talk about her hair?
Next post Timeline: How a prominent Catholic figure’s sex abuse offences against teenage boys came to light