A lapsed website domain once used by Gov. Kristi Noem to tout her opposition to transgender women and girls competing against members of the opposite sex now belongs to the man gunning for her job.

The Jamie Smith for South Dakota Governor campaign, the Democratic nominee in this year’s gubernatorial election, has purchased the rights to the URL DefendTitleIXNow.com, a website that in March 2021 Noem used to direct people to a petition supporting the federal law that prohibits discrimination based on sex in educational programs and activities.

Smith in an interview with the Argus Leader Wednesday confirmed his campaign purchased the rights to the website the prior day before redirecting visitors to DefendTitleIXNow.com to his official campaign website.

“We felt that this domain is just another example of how it’s all about national politics for Kristi Noem,” said the 51-year-old currently serving as minority leader in the South Dakota State House. “It’s another example of a problem that was imported to our state from the national level instead of focusing on the tough issues we need to solve here in South Dakota.”

Smith declined to say what the campaign paid for the domain rights.

The Noem administration, which said that more than 45,000 signatures had been received via the website in April 2021, has not responded to requests for comment regarding the Smith campaign’s acquisition of the domain.

However, Noem’s spokesman, Ian Fury, said Tuesday evening that the site was never formally owned by Noem or the state of South Dakota.

Originally, the website was traced to an IP address located in Ohio, though the administration has never revealed who set up the website, other than to say a supporter had constructed it.

At the time, Noem was accused of using the DefendTitleIXNow.com website to deflect criticism she was facing from inside the GOP for blocking a proposal that would have prohibited transgender girls and women from competing against girls and women in sanctioned high school and college events that take place in the state of South Dakota.

That measure had cleared both the state House and Senate during the winter of 2021 before the governor put a kibosh to it using her veto power, which drew national attention from right-leaning media outlets and political pundits who accused Noem of caving to “woke” special interests.

Noem signed a similar bill in March of this year, at which time the DefendTitleIXNow.com website continued to be used for its original purpose.

It’s unclear when the original creator of the site let their rights to the domain lapse. The website registrar is GoDaddy.com.

Regardless of whether Noem’s original intentions for the website were sincere or a response to criticism her veto of the 2021 bill brought, Smith said transgender athletes gaining unfair advantages in female sports in South Dakota is a non-issue in the state.

“We spoke with Title IX compliance officers and not one of them indicated there’s a fairness issue here,” Smith said. “So we felt that by acquiring that web domain we could make sure people know there’s a leader out there who supports common sense in the state of south Dakota.” 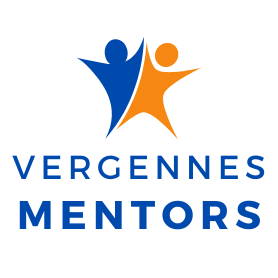 Next post Addison Northwest School District is currently seeking caring adult mentors for a new program beginning in the Fall of 2022 at the Vergennes Union Elementary School.