“I’m having the least amount of sex I’ve ever had in my life,” Nana Darkoa Sekyiamah says, roaring with laughter.

It’s ironic, given the Ghanaian feminist’s professional focus on sex, which has propelled her into becoming a sort of globally recognized authority on the subject in the last decade. Specifically, Sekyiamah, 44, centers much of her writing and speaking on how women in Africa and across the African diaspora are thinking of, exploring, and enjoying (or not enjoying) sex.

Since 2009, when she cofounded the award-winning blog Adventures from the Bedrooms of African Women with fellow Ghanaian feminist writer Malaka Grant, Sekyiamah has become somewhat of a transnational sex and sexuality documentarian. Last July, she released what could be considered a culmination of this work in the U.K. with her nonfiction debut, The Sex Lives of African Women, which arrived in the U.S. in early March.

The book chronicles her own sexual and relationship history and describes how she came into her queer identity, but it’s also a collection of stories from African-identifying women around the world—confessing, sometimes with the use of pseudonyms, their sexual adventures and aspirations, disappointments and struggles, and revealing how our cultural frameworks and perspectives on sex permeate all areas of our public and private lives.

On this basis, asking about the state of Sekyiamah’s current sex life is not exactly unwarranted. The good-humored way she reveals her dry spell illustrates the sincerity and ease with which she approaches our conversation about The Sex Lives of African Women, which has had a largely positive reception. Just as she does in the book, throughout our time together Sekyiamah oscillates between heavy and light themes, from the power and precarity of sexual liberation to the joys and joylessness of dating.

She is intent on African and African-descended women finding liberties within their own contexts rather than looking to Western ones.

It’s a Wednesday night in late March in Accra, Ghana, and by the time I arrive, she’s just put her infant daughter to bed. After making us both a glass of her favorite cocktail—a Martini Fiero with tonic, ice, and lemon—she takes a seat on a maroon couch, perpendicular from the green sofa I’m seated on, which has a large, striking photo of an elderly Ghanaian woman on the wall above. She tells me it was taken by her friend, the photographer Nana Kofi Acquah, also known as Africa Show Boy.

Expanding on her lack of regular sex these days, Sekyiamah explains it as a consequence of the pandemic, but also as the result of becoming a single mother via adoption.

“Somebody I was seeing when [my daughter] came into my life broke up with me because he basically did not want to do the whole children thing,” she says. Laughing it off, Sekyiamah adds that motherhood has changed the criteria for who she might consider for a committed relationship. The ideal candidate doesn’t have to be in Ghana but should be looking for a partner who already has a child and should know how to navigate this stage of life. Still, this person needn’t necessarily be looking to have more children, because she certainly isn’t.

Sekyiamah suggests finding such a person in her home country might be tricky because of the religious, conservative postcolonial ideas around commitment and the nuclear family that recent generations of Ghanaians have adopted as part of a national culture—ideas she sees as prevalent throughout the continent. But as she points out, this wasn’t always the case. For example, while interviewing her grandmother before the latter passed years ago, the author discovered she had been married three times.

“In this day and age, if I had had three husbands, it’d be like this whole scandalous thing, right?” she says of Ghanaian society. “In precolonial Africa, I feel like African women probably had a lot more space to negotiate relationships. And what’s really changed is Christianity.… Islam, it’s brought these really strict mores and norms that didn’t exist before.”

To further emphasize her point, Sekyiamah points out that her wealthy maternal grandfather had seven wives, all of whom lived in different towns. He established businesses for each one, which allowed for an independence that can be difficult to attain today, even for financially well-off African and African-descended heterosexual women in monogamous relationships, who are often charged with being the main emotional support for their partners.

“I imagine it took maybe a month between places. Can you imagine the freedom? Not seeing your husband for seven months. And I personally would also like to believe those wives were not just sitting there with their legs crossed, waiting for him to come home every seven months, you know?” she says, laughing again.

It’s not that Sekyiamah has rose-colored glasses about African polygamous traditions—which have, for the most part, allowed men but not women to maintain multiple heterosexual partners at the same time. It’s that she is intent on African and African-descended women finding liberties within their own contexts rather than looking to the Western ones as models for sexual liberation.

In The Sex Lives of African Women, even a modern religious polygamous arrangement is presented as a version of independence by one of Sekyiamah’s interview subjects, Nura. She was not born into a Muslim family but came to the faith in her 30s. She moved from Kenya to Senegal to become one man’s third wife after meeting him on the Muzmatch, a dating app for Muslims seeking marriage. As she tells Sekyiamah, the way Senegalese and Wolof culture intersect with Islamic conventions results in gender norms that she found challenging to adhere to at first, such as never disagreeing with her husband in public. She also doesn’t paint a glowing picture of her relationship with her sister-wives, although she had anticipated one.

Still, she unequivocally asserts that this structure affords her a certain independence she appreciates; she needn’t be all things to her husband and has time for her work and art. And perhaps most relevant to the theme of the book, Nura says the sex between her and her husband is really good.

The Sex Lives of African Women: Self-Discovery, Freedom, and Healing

Sekyiamah is able to attain these intimate accounts in part because she’s usually not meeting her interviewees for the first time. Through her previous travels working for a women’s development NGO, Association for Women’s Rights in Development, she encountered women who she developed close bonds with and who wanted to share their lives with her. In the introductory pages, when she explains how she met each woman, she also describes handling seemingly minor but significant details, such as ensuring each woman spoke in the language they felt most comfortable with and, where possible, interviewing women over food they enjoyed, creating an atmosphere of friendship.

In some of the women’s narratives, there is a recurring theme of a spiritually informed approach to sexual freedom—defying Sekyiamah’s initial expectations that religion and faith practices would be restrictive regarding sex. One story that stands out is from Chantale, a Haitian woman who aligns the foundation of her sexual perspectives to Haitian voodoo, specifically the connection between the divinity of sexuality and the divinity of death, which is held in high regard in the religion. Sekyiamah says stories like Chantale’s prompted an expansion of her imagination.

Sekyiamah points to another woman in her book, Bibi, from Nigeria, who was raised in a conservative Christian home. After moving to the U.S. for college, she became even more enthralled in a belief system in which premarital sex is both heavily centered and heavily discouraged. Only by questioning some of the principles she had abided by since childhood was Bibi able to relax her anxieties around sex and enjoy it.

“I should have done what a lot of guys are encouraged to do and sown my wild oats. I too have wild oats to sow.”

For Sekyiamah, childhood is a microcosm of the wider society we are raised in and remains the framework within which most of us operate, at least unless we learn differently. As she writes in The Sex Lives of African Women, for her, this meant accepting her queerness as a valid part of who she is. Ghanaian society dismisses same-sex attraction among children, seeing it as something temporary that can be forgiven if left in childhood.

“My earliest consensual sexual relationships were with girls in boarding school,” she says. “But at the time, I guess I had no framing around sex and sexuality. It wasn’t something I thought about.… It was only like around the age of 19 when I was like, Oh, wait, what does this mean?”

Ghana, like many African countries, has a history and culture of anti-LGBT discrimination. In the last year, a bill to criminalize queer and trans people in the country has been the cause of bitter debates. Sekyiamah tells me she’s never had an openly queer relationship in the country but says that is because most of the queer people she knows are young and not in the age range of people she would date.

“I think that’s also a function of homophobia, where it feels like there’s almost no out middle-aged queer people,” she adds.

As Sekyiamah details in the book, embracing her identity as a queer Ghanaian woman who is unapologetic about sexual desire and fulfillment involved many stops, including a marriage to a man for more than five years. At one point in our meeting, she says she’s not one of those people who’s afraid of divorce, which is arguably still unusual for a woman in this part of the world, where marriage can sometimes be prized for length over quality. Early in The Sex Lives of African Women, she discloses that she cheated on her ex-husband—one of the causes of their eventual breakup. She mentions this without judgment, in a way that might appear almost too neutral for a decision some might consider pivotal. And yet amid this retelling, Sekyiamah offers words that ought to be crystallized for many African girls and women:

“I spent years thinking that once I had sex with a guy, I would need to stay with him forever, and then once I was married I realized I should have done what a lot of guys are encouraged to do and sown my wild oats. I too have wild oats to sow.”

Throughout the book, Sekyiamah seems to have the same goal as many of the women she interviews. Cis and trans, religious and not, women who may have HIV, or be sex workers, or be disabled—all of them have barely been allowed to express desire publicly or act on it privately, and all of them are trying to make having sex, and talking about having sex, less of a taboo.

As she humors me and herself regarding the current state of her sex life, Sekyiamah is nonetheless conscious that there will be more sex to come. She is especially keen to remind us all that women remain sexual beings as they age, in contrast to the desexualized representation middle-aged women are often subjected to. There are two older women in the book, Alexa and Fatou, in their 60s and 70s respectively, both of whom divulge colorful sexual pasts and presents including sexual fluidity and polyamory. Sekyiamah sees them as guides.

This content is created and maintained by a third party, and imported onto this page to help users provide their email addresses. You may be able to find more information about this and similar content at piano.io 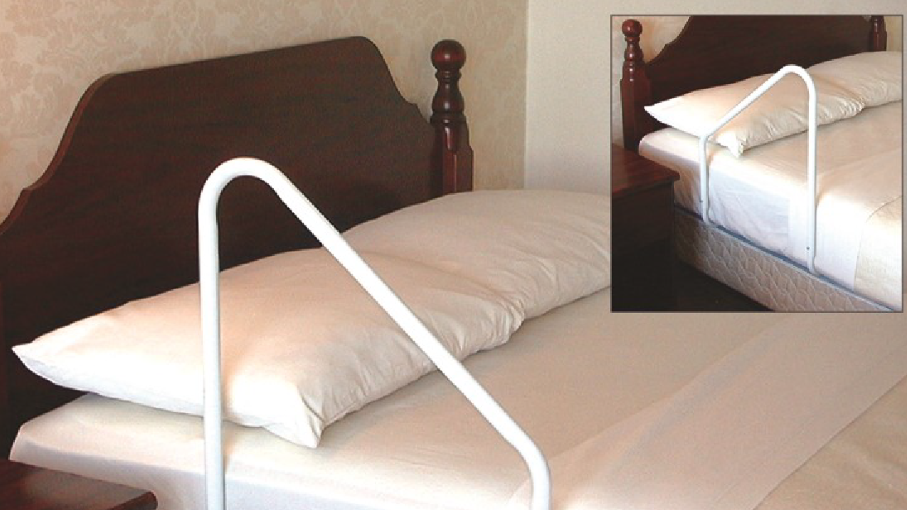