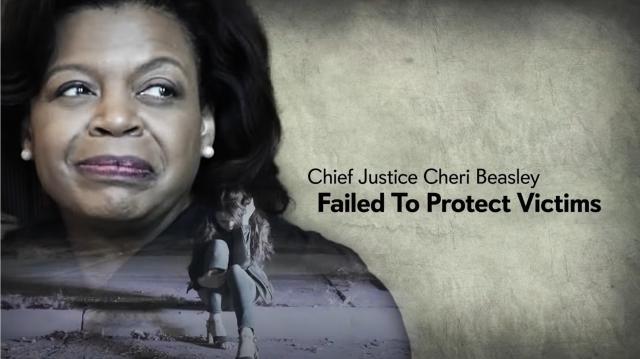 The ad says Cheri Beasley “failed to protect” victims of crime. As images roll showing crime scene tape, sad children and a hand that appears to be wet with blood, a narrator says:

“They were victims of violent crimes like murder and molestation and Chief Justice Cheri Beasley failed to protect them. The murderer who shot a boy in the face? Beasley vacated his death sentence.

“The man convicted of sexually assaulting a seven year old girl? She threw out the indictment. And that’s just the beginning. We can’t trust Cheri Beasley to protect our families.”

The ad includes some elements of truth about Beasley’s actions while she was a justice on the seven-member North Carolina Supreme Court, but omits context about the cases that might give viewers a skewed impression of why Beasley ruled the way she did. Asked about the ad, NRSC spokesman T.W. Arrighi sent an email with internet links to the court case opinions and news stories about them and wrote: “Every claim is backed up.” He didn’t offer additional comments.

The ad says Beasley vacated the death sentence of a man who shot a boy in the face, citing a state Supreme Court ruling from August 2020. There’s some accuracy to this claim, but it’s also a little misleading and leaves out a lot of context.

The case was the State of North Carolina v. Marcus Reymond Robinson. Robinson had been taken off of death row and given a life sentence and the state Supreme Court was asked to weigh whether a new law required Robinson to be returned to death row.

Robinson was given a death sentence in 1994 after a jury found him guilty of murdering 17-year-old Erik Tornblom by shooting Tornblom in the face with a sawed-off shotgun after he agreed to give Robinson a ride in his car, according to court documents.

But in 2012, the case was reexamined under North Carolina’s Racial Justice Act, a 2009 law that allowed death row inmates and capital murder defendants to challenge their sentences on grounds that they were influenced by racial bias. A Superior Court judge commuted Robinson’s sentence to life in prison after finding that racism significantly influenced jury selection in the 1994 murder trial.

Then in 2013, after Republicans had gained control of the state legislature, they repealed the Racial Justice Act and attempted to apply it retroactively, claiming cases already heard under the law were voided and all pending cases were dismissed.

This is where Beasley and the state Supreme Court come in. The court ruled 4-3 that Robinson could not be sent back to death row because it would violate the double-jeopardy protections of the state and federal constitutions, and Beasley wrote the majority’s opinion. At the time, the court had six Democrats and one Republican. Dissenting were two Democrats and the lone Republican.

The ad says Beasley vacated Robinson’s sentence. To be clear, Beasley’s ruling had no bearing on the man’s freedom. He remains in prison.

‘Threw out the indictment’

The ad says Beasley “threw out the indictment” of a man convicted of sexually assaulting a 7-year-old girl. This claim, like the other, has an element of truth but omits key facts.

The case was the State of North Carolina v. Michael Lee White. White was found guilty in 2015 of committing a sex offense against a 7-year-old. White appealed his conviction on grounds that the indictment used to convict him failed to include identifying information about the victim as required by state law, which says this about indictments for sex offenses:

White’s indictment listed the child as “Victim #1.” The state Supreme Court, including Beasley, was asked to review White’s case and the decision by the state Court of Appeals, which had upheld his conviction because the victim’s identity appeared in other court documents.

In May 2019, the state Supreme Court ruled 4-2, with Beasley in the majority, that White’s trial court judgment should be vacated because prosecutors didn’t comply with state law. The decision featured one less vote because Justice Mark Davis, who sat on the Court of Appeals before joining the Supreme Court, didn’t participate in the case.

Beasley wrote the majority opinion, arguing that prosecutors didn’t meet the standard of the law required for indictments.

“The State concedes that its intent was to conceal the identity of the child — an intent at odds with the purpose of the naming requirement: to provide notice of the essential elements of the crime charged to the accused,” she wrote. “The statutory language is clear and unambiguous: it requires that the child be named as part of the allegations in the indictment … The phrase ‘Victim #1’ does not distinguish this victim from other children or victims.”

White served about three years and nine months in prison before being released in June 2019, records show.

North Carolina Lawyers Weekly reported on the decision, as did the Carolina Journal, a publication of the conservative John Locke Foundation think tank. The Journal predicted Beasley’s ruling would someday come up on the campaign trail.

The ad alleges that Beasley “failed to protect” victims by vacating a man’s death sentence and throwing out another convicted man’s indictment for assaulting a minor.

In the death sentence case, Beasley did rule against sending Robinson to death row. But the ad leaves out two key facts: he had already been taken off death row, and her ruling kept in place a life sentence. So it’s misleading to suggest that victims aren’t protected from a man who remains behind bars.

In the case with the minor, the ad accurately states that Beasley ruled in favor of throwing out the defendant’s indictment. It leaves out the argument of Beasley and the majority of the court: that prosecutors failed to comply with state law when indicting the man involved.

The statement is partially accurate but leaves out important details or takes things out of context. We rate it Half True. 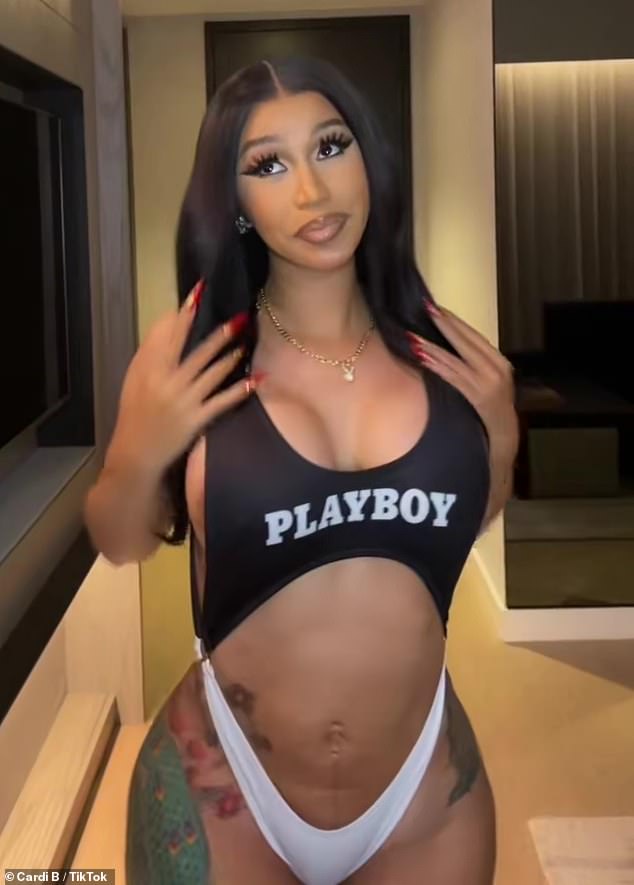